You might have noticed that I have changed the page a little. When I initially set up the blog I was led by what other bloggers were doing. Even though I review a lot of books my blog is not a reviewers blog but a writers blog. I found as such that adverts were not appropriate and I have removed most of them. You might have also noticed a new logo to the side. If you click on it it will take you to a treasure chest full of independent books. The group has it's roots in the facebook group started by Paul Ruddock. My thanks go out to Tom Benson and Ian D Moore who have worked so hard on this website and I will hope it will put my fellow indie writers and I on the map.

Indie Author Support and Discussion
Posted by angela writes and reviews at 05:21 No comments: Links to this post

This week i want to give a standing ovation to two fellow writers but for very different reasons. Firstly Patrick Hodges for tackling a difficult subject like bullying, but creating a lovely book in the process. I'm sure this book, in the right hands can bring about some much needed change and it is a five star read.
The second round of applause goes to Peg Glover, for writing a handy guide that will hopefully introduce more readers into the wonderful world of independently published books. I gave this 4 stars. 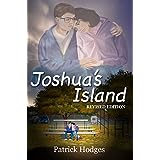 
Joshua is a small thirteen year old boy. Picked on by what he calls ‘the bully squad’ and shunned by the rest of his class mates. Too embarrassed to talk to his parents and ignored by an unsympathetic principal, he just hopes to survive the last year, before moving to high school. Then he gets partnered with Eve, one of the popular girls, for his science class. This class year looks to be the same hell as the one before. But then, gradually, both kids realise they are wrong about each other. What a sweet story this was. Well written and a joy to read despite its painful subject. Told alternating from Joshua’s, and then Eve’s perspective, we experience their developing friendship. The theme of this book is bullying, but it is about so much more. Hope, courage, friendship and young love, feature also very prominently. School was a long time ago for this reviewer but the book brought back a few painful memories; kids can be very cruel to each other. I think this book has an excellent message for youngsters and also for their parents, even if the first adult does nothing and won’t listen, try again. Eventually you will find a sympathetic ear. Don’t suffer in silence, talk to someone.
Discover New Authors & Great Reads by Peg Glover

Independent writers come in all shapes and sizes and a bewildering number of genres. Peg Glover has created a great introduction to some of them. A number of reviews ordered by genre will give you an easy way into discovering some great new writers. The reviews are well written and give you a good idea what the book is about. The links to the websites are helpful and I certainly will check out some of the recommended writers. I was disappointed though in a few things. Firstly, I’m sure Giacomo Giammatteo is a great writer, but I don’t think we needed no less than 6 reviews of his books in the one genre. I’d rather Peg had selected a few more writers in the mystery and thriller section. She could have done one review with the comment that Giacomo’s whole oeuvre is worth a look. Secondly; the last list of recommendations. Writers like Dan Brown and John Grisham are great reads, but I hardly think they need to be in a book that aims to let you discover new writers.
A useful guide to discovery.

Posted by angela writes and reviews at 06:18 No comments: Links to this post