The glorious summer is slowly coming to an end. We still are having hot days but we also are seeing a few clouds and the occasional shower. Still using my beach time productively to read some books. This one is the second in a YA series. I really enjoyed the first one and was looking forwards two part two. It was still good but not as pacey as the first. I gave it 4 stars. 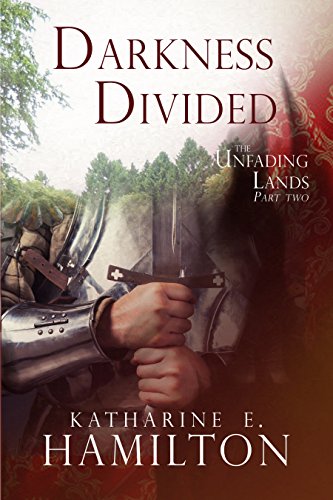 Darkness Divided:Part Two in The Unfading Lands series on amazon.com


It was a while since I read the first book in the unfading lands series and part two had been on my ‘to be read list’ for a while. As I enjoyed book one I was looking forwards to the follow up. The book starts with Elizabeth and her brand new husband Clifton, traveling to his Kingdom. There events take a dramatic turn and I was once again gripped by the story. The writer has developed Elizabeth into a character I like very much; she always seems to see the good in people and the positive in a situation. Here we also get to know the character of Isaac a little better as he continues his transformation from spoilt Prince to hero. We find out more about Lancer and what made him the bitter man he is. I would like to say I enjoyed this book as much as the first, but somewhere in the middle my mind started to wander a bit; the story had slowed and I think the writer wanted to explore the romantic sides of her characters a little more before the final exciting finish. I could have done without some of these bits as it was clear at the end of book one who has feelings for who. Darkness Divided stays firmly in YA territory but I would warn against very young readers picking this up; some limbs do get separated from their owners and the battle scenes are bloody. The book finishes with many questions unanswered and I’m pleased that the third book in the series is ready. I think the first book appealed to the girl in me that likes to see a strong-willed-sword wielding heroine and the second part slightly annoyed the girl that hates romantic yucky stuff, so I look forwards to more battles and magic. (Maybe even a marriage or two, I’m not completely heartless!)

Posted by angela writes and reviews at 03:22 No comments: Links to this post

I quickly became lost in this magical land that time has long since forgotten. This was such an engaging tale; it was quite hard to put down at times. I did love the main character princess Elisabeth. A feisty rebellious princess, who doesn’t stay in her room, wondering what dress to wear for prince charming. Instead she has been taught by her elder brother Edward how to ride horses and how to fight with a sword. The northern kingdom and the realm have much to worry about as their lands are bordered by the Unfading Lands. A magical land ruled by Lancer, who has a mysterious dark power. As his powers increase the borders move and threaten to absorb the other kingdoms in the Realm. When Edward chooses love over kingship and joins his beloved in the Unfading Lands (from which there is no return) the heavy mantle of the succession falls on the shoulders of Alayna, Elisabeth’s older sister. She is a very level headed woman who would choose what is best for the Realm over her own happiness. If I had one small issue with the book, it’s that the story isn’t finished and I have to wait to find out what happened to Elisabeth and the Realm. I certainly look forward to the follow up and recommend this book to people of all ages, with a warning to younger readers that there are some violent battle scenes and an amputation.


Posted by angela writes and reviews at 07:01 No comments: Links to this post