This book was given two me by a very nice Italian author I met via twitter. He very kindly emailed me a copy of his book. I normally do my reading on a kindle, so it took me a while to commit myself to reading it on my computer. This book is showing again what range of genres there are available from Indie authors. I would also like to say that the translation on this book was nearly perfect and well edited. I rated this 4 stars:

The Branches of Time by Luca Rossi

The Little Book of Horrors by Lacey Lane on Amazon.com


I read this authors first book and knew what to expect with this book, but I did read this book with one eye closed and snuggling into my jumper to hide from the pages. If you’re not a fan of horrible things happening to horrible and innocent people alike, put this book back on its virtual book shelf and go and watch some fluffy kitten videos. If you are however a fan of grizzly horror and not averse to some raunchy sex scenes, then put this in your shopping basket and enjoy with the lights switched on. My favourite story was Karma is a bitch. All three are well written, fast paced, gruesome and sexy. I rate this 4 stars.

Goin' Postal and the Creek by Rhoda D'Ettore on amazon.com 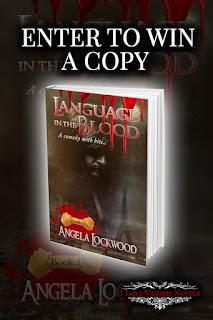