I down-loaded both these books for free as they are self-published books. A lot of you don’t bother with self-published, but why not? It is not easy to find a publisher these days that will take the risk with an unknown author. More and more writers are now taking the self-published route so amongst the terrible you might find a few gems. With Cody Reel I found both. Let’s start with the gem.

Fanaticism by Cody Alan Reel
http://www.amazon.com/Fanaticism-Cody-Reel-ebook/dp/B00ANUAO8A/ref=sr_1_1?ie=UTF8&qid=1390998244&sr=8-1&keywords=fanaticism+by+cody+Reel
This is a short novella about Richard a fanatical sports fan, who spends most of his time following his favourite American football team; the Philadelphia Eagles. He is overweight and apart from a resemblance to the Eagles coach Andy Reid he hasn’t got a lot going for him. It gets him abuse when the team loses, but free beer and lots of it when they win. Then he meets Violet, an attractive woman and the two get along great apart from the fact that she isn’t interested in sports. He is in love and tries to see things her way. He tries new things and discovers gradually that there is more to live than just sports.

I found this a sweet story, Cody describes the sports fan and his budding romance with Violet with humour and warmth. My problem with the story starts when Richard decides to help out at the children’s hospital. He gets mistaken for coach Reid again. The line that had a doctor saying that a sick kid was dying to meet him, had me spitting up my coffee; was it meant to be funny?  Probably not, as the story turned rather serious after this. I did like the story a lot and the ending was heart-warming although a bit naive for my liking. I rate it worthwhile reading and give it a 3.5 out of 5.

In short it is about the fictional Village of Marion. The sun is slowly dying and when it does murder, rape and mayhem ensues, until a group of children decides to make a stand.

When I started reading this book I could hardly believe it was by the same writer as Fanaticism, as that was written with some understanding of humanity. I struggled through this book and when there was an alternate ending I screamed. ( but hey, I read this so you don’t have too, just wanted to make sure there wasn’t a good bit at the end) I don’t know if Cody has a 10 year old child, but it feels like it was written by said child. I give you an example from the book:

The rapists were also happy at the cover that the darkness allowed at their arousal. They would pick up women as they screamed: the town in a dark chaos that was sometimes too busy to hear. Most men tried to be heroic and safe her, but a murderer would appear and kill him before he could. Then the murderer would kill the rapist and the woman.

The holidays are done, the husband is back at work and nothing should stop me from writing? Nothing apart from those dirty windows and...... oh dear that balcony looks filthy. Decided to just spend today going around the house cleaning, tidying and fixing all those little things that needed fixing. The living room has been nearly a year without a proper lamp. That bare bulb on the ceiling was an embarrassment; well no longer! Surly tomorrow I will be able to switch on my computer with a clear conscience.

3PM and I finally get to switch on my computer to catch up on my emails and maybe I can get some writing done before I need to put dinner on. Now the windows are clean and the light is streaming in I can see that the paintwork looks like it has seen better days. It will have to wait. It is too easy to get distracted again as there is always something that needs fixing, so I'm setting myself a target for the week. Maybe if I'm done by Thursday I'm treat my self to a Friday of painting walls;)

Target for the week:
1.Write 5000 words for the book, seems a lot but I'm a quick writer.
2.Write a short story(cheating here as it is done, it just needs a bit of editing) I'm very exited about this project as I want to publish a book with a few friends, featuring our short stories. I only have 2 so far, so some more work needed.
3.Do a book review on the blog.

Not overly ambitious, but there are a few other projects I want to look at like doing another book promotion. Oh and yes looking for a job.....
Posted by angela writes and reviews at 06:15 No comments: 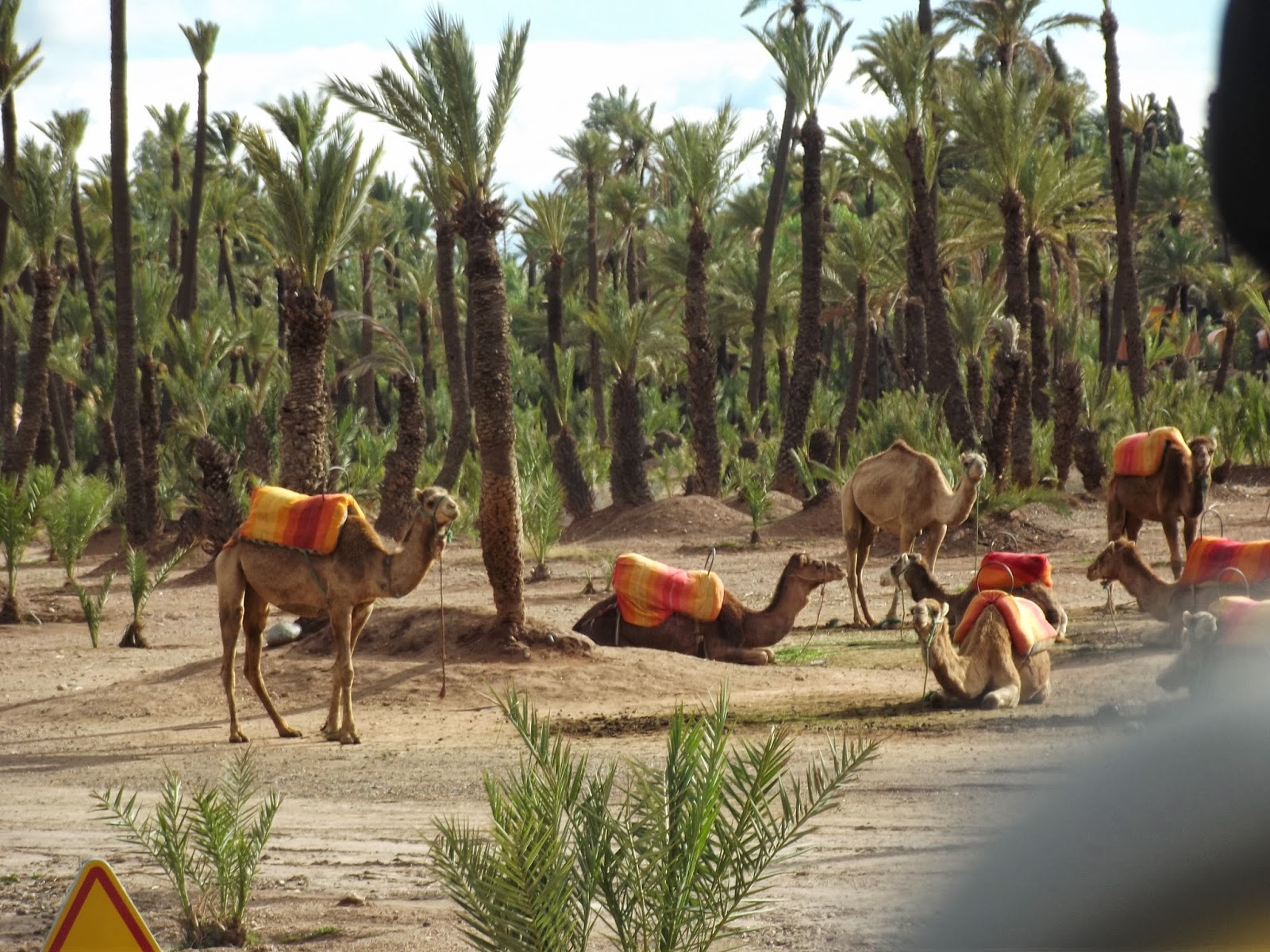 Writers don’t go on holiday, they research a setting for a book, get inspiration or go on a fact finding mission, well that’s my excuse at least for the employment office. It’s true in a way, as I’m trying to see this place through the eyes of Cameron and what he would make of the place and I'm writing this blog. 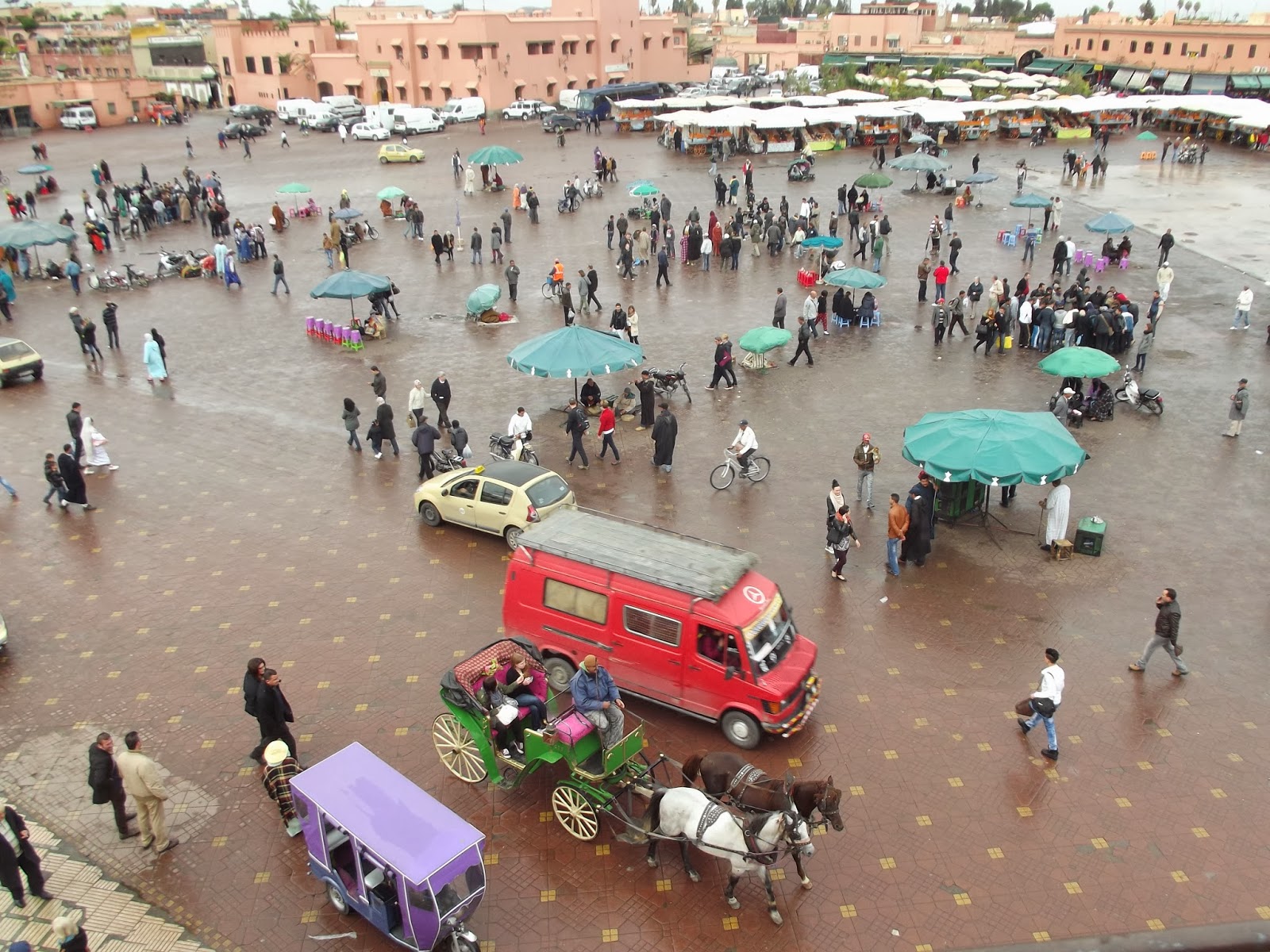 Marrakesh is certainly a culture shock; you know you’re not in Europe anymore. Not just because the sight of Camels and the typical Moroccan architecture but because the chaos around you. Not only do you have to avoid Taxis, cars and scooters while crossing the road, now you have to avoid horse drawn carriages and donkey carts too.

Then there is the poverty, according to one statistic I saw, 40% of the population in Morocco lives below the poverty line. This contrasts sharply with the number of extremely luxurious Hotels you can find in this city. You have to keep this in mind when you walk about and you get accosted every 5 seconds. Taxis, trinket sellers, snake charmers; everybody wants a piece of you. Small wonder, it’s easy to forget how good we westerners have it. 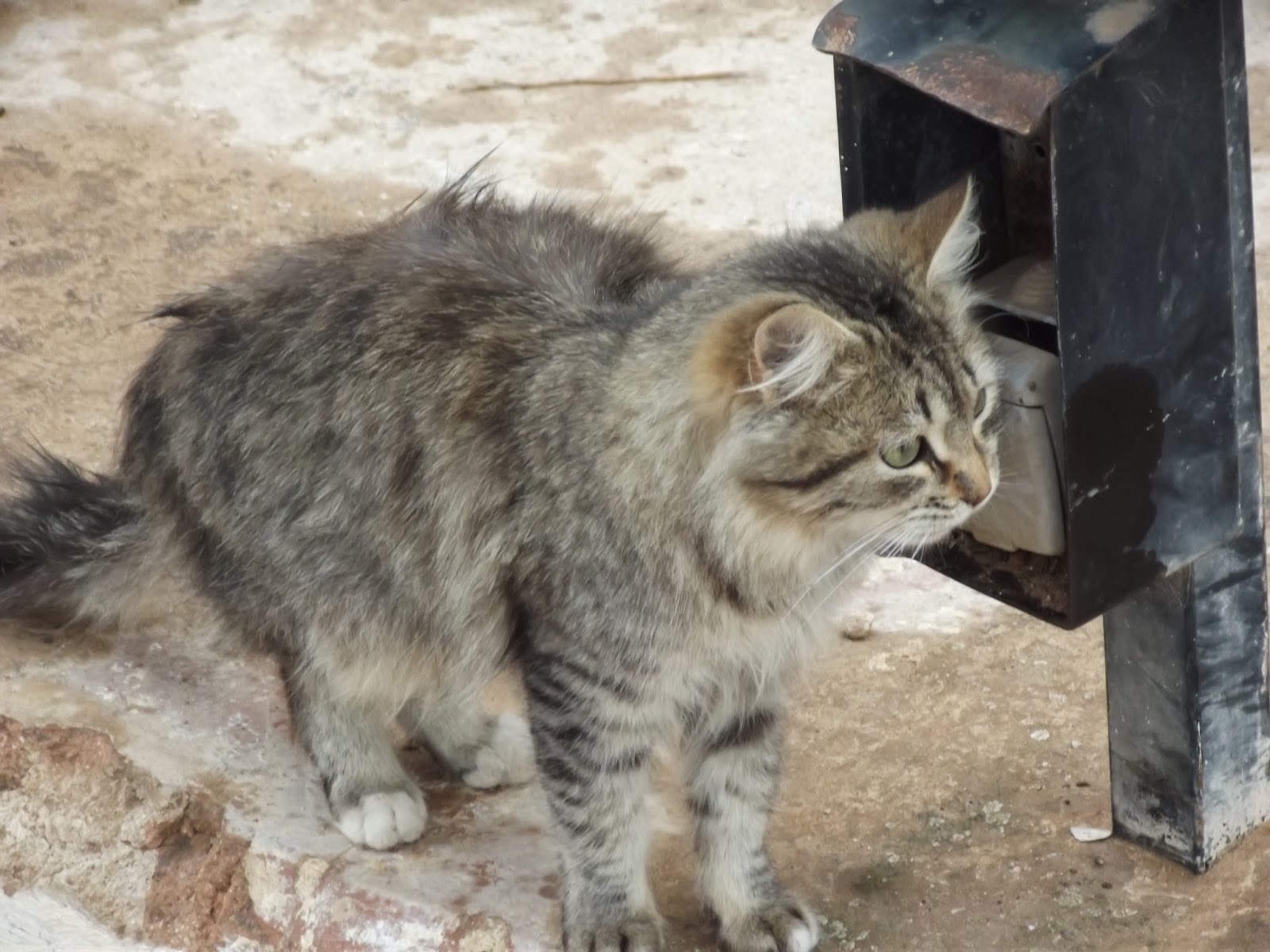 Would I send Cameron here? I can’t imagine him liking the place, the amount of stray dogs is more than offset by the amount of stray cats; they would hound him out of town. It is warm and sunny for 10 months out of the year, but I think a vampire would struggle to find a dark and quiet spot here during the day. I do think he would like all the clubs and the amount of tourists to prey on…..I have a few more days here to let the millions of impressions sink in more and then we will see if a trip to Morocco is an option. One thing is for sure; Marrakesh is an inspiring place and it will take me a while to process all these impressions.
Posted by angela writes and reviews at 09:15 No comments:


Question of the Week: Who is your blogger BFF? Tell us a little bit about him or her? If not tell us why you need or don’t need a blogger BFF.

I Have to be really sad here and say I don't have any BFF blogger friends. I'm fairly new to this virtual community and I don't know any bloggers personally, but I feel I've been welcomed in this community with open arms. I'm learning a lot from you all and discovering so many new things. Like the blog hop:) Some of you have given me reviews and featured my blog on their sites. So no BFF but many new friends.

Posted by angela writes and reviews at 00:33 No comments: The location for the start of my book is Clarence street in Stockbridge which is a rather attractive part of Edinburgh. I chose this street as it would have existed when Cameron was a boy and because I used to live there, so I know what the flats look like from the inside. When I started to research whether it would have been plausible he lived there I found that before 1914 there is very little documentation about life in Edinburgh, so I had to keep things vague and just go with the few snippets I found.

I wanted Cameron's dad to work in the brewing industry as this was a major employer at the turn of the century in Edinburgh and my grandfather was also a beer brewer. Then I came across this fantastic photo and decided that Cameron's dad was a cooper and he would follow his dad as an apprentice when he left school, which in those days was at 14.

A cooper was a skilled artisan and therefore well paid. The fact that these men are well dressed confirms that. This fits in nicely with the only thing I could find out about Clarence street in 1900; a sign writer lived there; also a skilled artisan.

Later in the book Cameron returns to Edinburgh and finds Clarence street much changed. The street is full of cars squeezed in between ugly black wheely bins.(in the photo you can just see the top of one) Unfortunately these eyesores became necessary as we had a problem with urban foxes and seagulls tearing open the bin bags. I quite liked encountering a fox now and then walking home at night. We even had a family of 5 foxes living in our back garden, and the cubs were very cute and playful but also very noisy. Hey Cameron, ever wondered what fox taste like?
Posted by angela writes and reviews at 03:03 No comments:

Question of the Week: Resolutions: Put together your blogger resolution list for all of us to see!

I already published 10 resolutions on my blog.  Here are the 3 main once relevant to blogging:

1. Doing reviews of self published e-books I had the pleasure of receiving for free

2.Read all the blogs I’m now subscribed to as there are some good ones out there with some great tips for writers. I've just not had the time but I need to develop a strategy for promoting the first book.

3.Figure out how to improve my blog and what the hell Pinterest actually is and then linking the two. Need to get more web savvy.

Please click on the link below to see all the blogs taking part:

Posted by angela writes and reviews at 04:31 No comments:


Now I have self-published a book on Amazon I take a lot more notice of other self-published authors and mostly if one of them gives their book or short story away, I make an effort to read it. Some were bad but Monkey talk by T. Lucas Earl was a pleasant surprise. This short story is currently available on Amazon at $1.26 and I fully recommend it.

The story is set at some point in the future where through pills and a speech augmentation chip chimpanzees have developed human abilities. We meet Professor Towry a chimpanzee who lectures in cybernetic technology and his new human assistant Ms.Lui. We see this new world through the eyes of Prof. Towry. He is a rational thinker who doesn’t think he is inferior to humans and doesn’t accept being treated differently. We find out that the pills only partly supress his animal nature and often at night he is a different animal.

The story is a familiar ‘if you mess with nature there will be consequences’ but it’s written in an original, funny and intelligent way. The character of Professor Towry is grumpy, prejudiced and at times aggressive but despite that you have to feel sorry for him as this rational chimpanzee sees his life descent into mayhem on occasion.
I give this short story 5 stars.
Posted by angela writes and reviews at 02:40 No comments: