The Welcome: and other Sci-Fi stories


I love and hate Sci-fi almost in equal measures.  I don’t understand tech- babble at the best of times, add to this warp-speed, phasors and other futuristic tech-speak and I’m completely lost. What I do love is where the writer’s imagination can take you. Sci-fi is a wonderful blank canvas to paint your own colourful picture. In The Welcome: and other Sci-Fi stories, Tom Benson and his six guest authors have used their canvas well. If Techno-babble is used it is to quickly outline a futuristic world and to set the scene.  I loved that each of the guest authors had chosen a completely different theme and style; which makes this book a great show case for Sci-Fi writing. This is selection of short stories that is easy to read, with something for everyone. (Even for fans of erotica!) I gave this 5 stars. 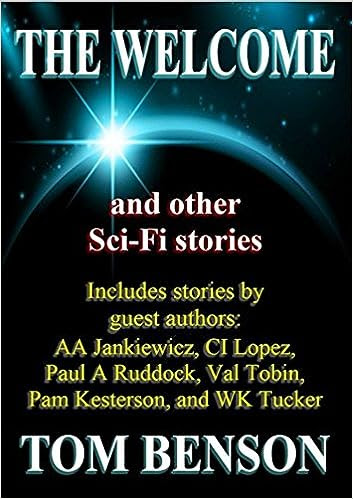 The Welcome: and other Sci-Fi stories on Amazon

Posted by angela writes and reviews at 02:44 No comments:

You might have noticed that I have changed the page a little. When I initially set up the blog I was led by what other bloggers were doing. Even though I review a lot of books my blog is not a reviewers blog but a writers blog. I found as such that adverts were not appropriate and I have removed most of them. You might have also noticed a new logo to the side. If you click on it it will take you to a treasure chest full of independent books. The group has it's roots in the facebook group started by Paul Ruddock. My thanks go out to Tom Benson and Ian D Moore who have worked so hard on this website and I will hope it will put my fellow indie writers and I on the map.

Indie Author Support and Discussion
Posted by angela writes and reviews at 05:21 No comments:

Firstly happy new year to you all. I can't believe it has been nearly a month since my last blog. In my defence; I've not had much time to read so it took me a while to finish this book, even though it was a cracking read. I have been busy with writing and Conversations with Tom is reaching completion. For the first time I will be using Beta readers. Three very kind fellow writers are reading the draft and will hopefully come back with some constructive criticism. I'm hoping for a release date in April. So as for resolutions. I thing I hope to achieve is to establish myself more as a brand, not an easy task as my short stories and now Conversations with Tom are so very different from the Language in the Blood books. Maybe I should release Tom under a different name? Maybe I should do a 3rd Language in the Blood book? Now the first book in the series is free and the readership is increasing this seems a logical thing to do. Lots to think about in 2016, now the review: 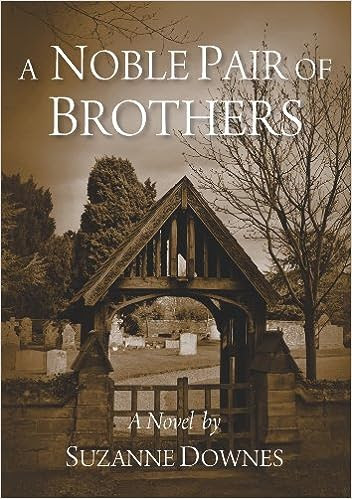 A Noble Pair of Brothers by Suzanne Downes on Amazon

I liked this book very much. At times I felt myself transported to a Victorian front room, snuggled up in a velvet house coat in front of a roaring fire. Only to put my kindle down, and blink against the harsh sunlight. (As I live in southern France.) Suzanne Downes really brought the 1820’s to life for me with her use of language and attention to period detail. The romantic story line and how the Underwood brothers interact with women reminded me a lot of Jane Austen. Like Ms Austen this book is witty but also shows the plight of women in the early 1800’s; Ms Chapell, the Governess, who after the death of her father has no option but to take a post at the tyrannical Sir Henry Wynter household, where she is disrespected and bullied. Then there is Charlotte Wynter, Sir Henry’s pretty, but spoiled daughter that is keen to marry, as this will be her only escape from her alcoholic father.
The murder plot brings this book firmly into the modern era. It had me guessing to the last and the unsavoury details surrounding the murder are certainly not something you would find in an Austen novel. The Underwood brothers are two very complex but also very English characters and I understood their actions. I’m intrigued to find out where the second book takes us as neither brother had set out to become a detective. (Yet!) I’m delighted there are seven books in the series as I want to read more by this writer. A must read for fans of mystery and period drama.


Posted by angela writes and reviews at 03:49 No comments: