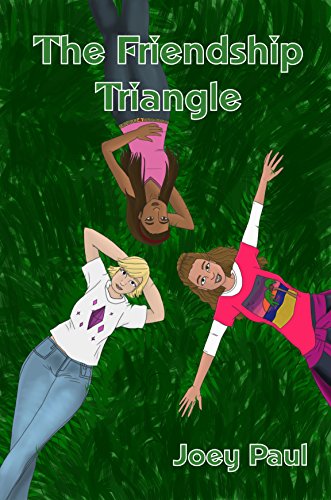 
This is rather a charming book for the younger young adult (early teens.) It deals with a number of difficult issues, such as bereavement, divorce, alcoholism and bullying. It is far from a depressing book because it has a very strong positive message; friendship is important and you can’t do it alone. The writer has made the three girls typical eleven and twelve year olds who don’t always make the best decisions, but with a bit of mystical intervention they reach the right conclusion. Written at a good pace and in simple language a younger reader will enjoy. Recommended.
Posted by angela writes and reviews at 23:24 No comments:

Fantasy is not my preferred genre. Truth be told; I was bored to tears by the Hobbit. (Both the book and the film!) I know there is a huge fan base for this genre and I don't shy away from reviewing it. Even though this book was not quite my cup of tea, I know it will appeal to the readers who like to sit down with a thick book and immerse themselves in a fantasy world full of magic. I gave this 4 stars. 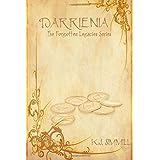 When Zoella turns up in Daniels village she can’t remember the last 10 years of her life. Despite this Daniel realises she is special and introduces her to his family. Daniel’s mother, Angela, notices her talent for healing; an almost magical talent. Zo and Daniel become firm friends. Zo’s healing talents are called upon when another mysterious woman is found more dead than alive. Acha is healed and becomes part of the group of friends, despite many questions being left un-answered. Zo happiness is disturbed when a friend from the past shows up and tells them they are all in danger. Her forgotten past hides a terrible secret. Darrienia is the first book in a complex adventure series, which takes the reader to a magical world where nothing is quite like it seems.
The character of Zo/Marise is fascinating; an assassin that has been put under a spell to forget her sadistic Alter ego. The struggle between the blood thirty Marise and gentle healer Zo brings a lot of tension and dread to the story.
Elly is equally intriguing as we are never sure of her intentions and motivations.
I struggled a little with the complexity of the story and I think it will suit an older young adult best. (Also because some scenes are terrifying!) It will be a real treat for the reader who loves fantasy like the Lord of the Rings and other fleshed out magical adventure stories full of wondrous creatures and finely woven plot. The writer might consider using italics for the flashbacks as it left me a little confused as to what time line we were in.
Good writing, intriguing characters and a thrilling story.


Posted by angela writes and reviews at 06:21 No comments: