Unlikely Soldiers Book One (Civvy to Squaddie): (A coming of age novel about life, love and friendship) by Deb McEwan

You know by now that if a book is free I read just about anything. Drawing the line at erotica and gory horror. I read a lot of YA, it isn't my favourite genre but if it has a good story line I don't mind. This one grabbed me as it is set in 1970's Britain. The title is somewhat misleading as it made perfect sense to me that Guy would join the army, Michelle maybe more unlikely but not that much. Anyway, I enjoyed the read and gave it four stars.
Click on the picture to take you to Amazon. Currently still free.

Two youngsters with some problems in their personal lives decide to join the army. I liked the fact that this book is set in late seventies Britain and the Armies role in Northern Ireland and the thread of the IRA form an important backdrop. It adds tension to the decisions these youngsters are taking. I also liked that the story is told from Guy’s perspective and also from the perspective of a girl; Michelle also known as Mouse. The writing was YA and it would suit a younger person, but not too young as the book deals with issues like being gay in the military, rape, domestic assault and sex. It does steer clear of anything too graphic and I only counted one mild swearword. The romance is rather sweet and I was rooting all the way for Michelle and Guy to get together. There is a follow up and I would like to find out what happens to our young heroes. The title left me a bit confused though as both Guy and Michelle are not that unusual for joining the army, just ordinary kids hoping to get away from home and making something of their lives.

Posted by angela writes and reviews at 05:37 No comments:

Never Going to Happen: Who watches the watchers? by Anders Teller

This book is currently still free on Amazon.co.uk but might be too if you are in a different region. I liked it but had some criticisms too, but as it is a freebie give it a go if you like a very contemporary political thriller. Four stars. Click on the picture to take you to Amazon.

I liked the premise of this book. A political thriller set against the backdrop of the aftermath of the Brexit referendum. Kudos to Mr Teller for getting a well written book out so quickly, I only spotted a few typos. The character of Tom Antony was intriguing, suffering from amnesia after a car crash; he is trying to piece his life back together. The article he was writing before the crash is leading him back into a dangerous conspiracy. This plot I liked, but there were a few other subplots that for me slowed the story down. His partner Jan, his previous work, a new romance all linked into the main plot. It read like real life, which isn’t always that interesting. We were also a lot in Tom’s head where he kept summing up all the things he found out and what it meant. I did like the character of Emily and she brought some fun to the book. Good dialogue between Tom and her. Worth a read if you are into current affairs and like a political thriller. Best read soon while there is still some uncertainty about Brexit.
Posted by angela writes and reviews at 01:49 No comments: 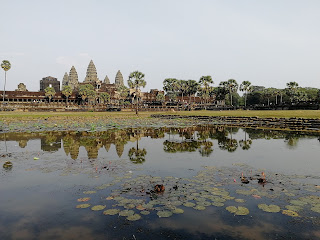 Posted by angela writes and reviews at 00:14 No comments: