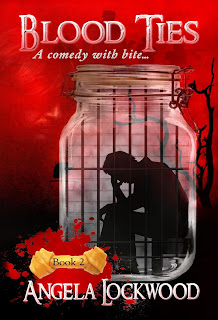 Of course book 1 remains free.
Touching the wire is the second book of Rebecca Bryn I've read. She's a very talented indie writer and I would recommend giving her books a try.

Touching the wire by Rebecca Bryn on Amazon

Posted by angela writes and reviews at 06:00 No comments: