A writer never stops, not even on holiday in Milan. Hope this fine Italian city will inspire me to write, however the weather is not very inspiring and the grey and wet day is more suitable for curling up with a good book. Talking of good books, just finished Protecting William, which is the second book in the Litmus series. (I reviewed Losing Nuka a few months ago) I liked this one a lot and gave it five stars. 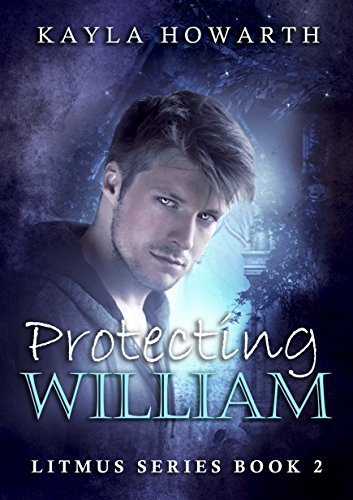 
Of all the illegal fight joints, William had to walk into Litmus.  It’s not how either Nuka or William had hoped to see each other again after four years. What started out as a sneaky lad’s night out has consequences no one could have foreseen. So starts the next instalment in the exciting Litmus series. I was hooked from the first page and grew to like the main character, William, Nuka’s younger brother, very much. He is one of these good guys, but without being smug or annoying by being a holier than thou saint. If you’ve not read the institute series I would recommend you do, as the same characters feature in the Litmus series and it is nice to see them have grown up in the books. The book is narrated in the first person so we see the world through William’s eyes. It’s always a hoot to be part of somebodies thoughts and insecurities, especially if they are the opposite of the actions he takes. Great work again Kayla, I loved protecting William. (And I’m glad you went easier on him than Nuka, I guess you have a soft spot for him too.) Look forwards to reading saving Illyana which came out a few months ago.
Posted by angela writes and reviews at 00:51 No comments:

Vikings get a bad rap and initially I wasn't happy with how brutish they were made out to be. Some reading was required and I'm shocked to admit that the Vikings probably did deserve their reputation. One of their main incentives was to 'Harvest' slaves and especially women! So the fact that our young Heroine is carted off back to Denmark as a thrall (the Nordic word for slave) was very likely.
If you're interested here is an article on National Geographic about it:
Vikings, slaves, thralls and archaeology 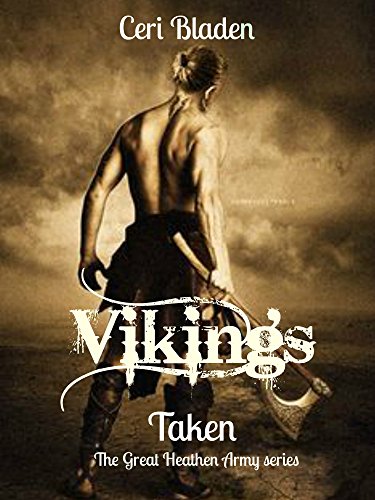 
It must have been a terrifying sight to medieval Britons to see the Viking longboats appear on their shores. News of their raids must have spread and the local population could only hope that they would have some property and their lives left at the end of the day. This is what a twelve year old Rosfrith has to endure at the start of this book. These were brutal times for the ancient Britons, when tribes from Scandinavia saw their lands as easy pickings. Ceri Bladen describes this well and we feel the fear and hardship this girl suffers after her father has abandoned her in an attempt to safe his own skin. I always appreciate when a writer does her research and uses the political wrangling of the time to give their story an extra dimension.
Amongst all this chaos, Rosfrith finds an unlikely protector. Ubba, a chieftain in his own right but here on his brothers command, notices the spirited girl and after his clairvoyant brother tells him their destinies are linked he keeps an eye on her. As the spoils are divided, Rosfrith is claimed by Ubba and is taken to their lands as a thrall (a slave). Years pass, but as Rosfrith blossoms into an attractive woman, Ubba’s eye is once again caught. Love can be ignited under the most difficult of circumstances, but will it flourish? Glad there is a second part in the writing so I we can find out.
Posted by angela writes and reviews at 07:14 No comments:

I read the first in this series a little while back. Thought it would be nice to take in the prequel as well before continuing. A five star for lovers of fantasy. 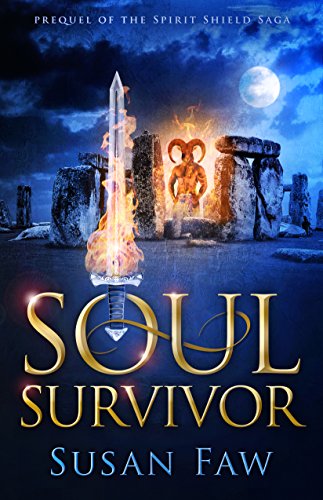 I read Seer of Soul by Susan Faw first. When the prequel; Soul Survivor, (Spirit Shield Saga Book 0) came out I wanted to read that first before going onto; Soul Sanctuary, book 2 in this saga. This book takes you quite a long way back in time and stands therefore perfectly well on its own. It does explain a bit more about the magical world we find ourselves in. This is a time when godlings were still very much involved with earth and mortals. Sisters Artio and Helga create havoc when they start messing with the natural elements. Love, jealously and hatred are a dangerous combination when Godlings are involved. As in Seer of souls Ms Faw is poetic with her description of her magical world, but it doesn’t get in the way of a fast pace and exciting action. I’m glad I read the prequel and look forwards to continuing with Soul Sanctuary.


Posted by angela writes and reviews at 07:52 No comments:

I did a review of another Joe Osborne last year, these are not the same writers. This is quite a young writer who published his first book 'Bullied' as a school project when only 18. I think this is his first screen play. Screen plays are not that enjoyable to read, but it was short so I focused on story and dialogue. The story in itself is good, just needs a lot more work, starting with picking an audience and age group. I gave this 3 stars.
I also had a battle with Amazon about this book. It doesn't work with Kindle Paper white, but it does with all other formats. Apparently this was the publishers decision. Hmm I sense Amazon wants to move us all to the Kindle fire.
80mg A story of an Addict a screenplay by Joe Osborne


I liked the idea of this film script; a young student takes a drug addict as the subject of a film project. His reason for doing this is rooted in his own family's history with drug addiction. We meet Simon, an addict who is manipulative but also very charming and fun. He is always on the look-out for money for his next hit and seems to care little who he borrows and steals from. I found this quite a hard book to review as I'm not that familiar with reading film scripts. It was a little hard to get into a flow of a story as it was broken up with setting the scene etc. The main reason I only gave 3 stars is that I think it needs more work. I'm not entirely sure who this is aimed at. If it is a cautionary tale for the high-school student, I would take out the swearing and pot smoking. If it is a short aimed at adults, I would go more gritty and flesh out the dialogue. Promising idea that could be worked at when actually making a film.

Posted by angela writes and reviews at 07:10 No comments:

Two reviews this time. The first, Storm lake is by Val Tobin. I reviewed her excellent Injury before on this site. Only one quibble with this book; it was too short and left me with many questions. But the writing as with injury was good. I gave it 4 stars. 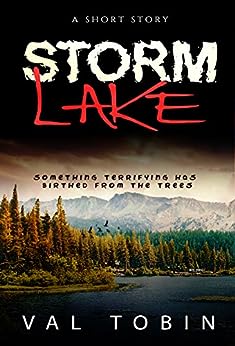 
Storm Lake has all the elements a good horror story should have. An eerie build-up of tension, a young family alone in a remote cottage and a gradual realisation that all is not as it should be. It ends in a dramatic and gory acceleration of events. My only problem with this well written and exiting story is that it was too short. I hope Val Tobin will revisit Storm Lake at some point as there is much to explore and I have many questions I would like answered. I would say; great introduction to what could be a great horror novel.

The second book is by a writer from Glasgow that now lives in Australia; Mark Gillespie. I liked his version of what could have happened with the events leading up to the London Olympics in 2012. I gave it 5 stars: 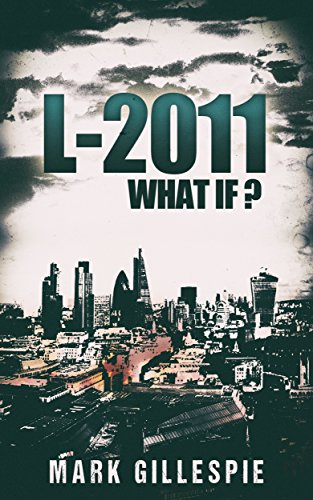 L-2011 (Future of London Book 1) by Mark Gillespie on Amazon.com

This book is set in the not too distant past and hypothesises what could have happened in the events leading up to the London 2012 Olympics. The fact that the events never happened doesn’t make this book any less enjoyable. It still taps into the events of today like; corporate greed, the social media and discontent with our politicians and the establishment.  I liked this book a lot but I think a little understanding of modern Britain is required to fully get this story. It is well written and moves at a good pace. I liked that the story was told from the POV of Mack, a young white Scottish boy, caught up in the riots, where he finds himself amongst mostly black youths. Events came to a rather shocking climax and I can’t wait to see where Mark Gillespie takes the story next. Part two; Mr Apocalypse is already sitting ready to read on my Kindle.


Posted by angela writes and reviews at 02:14 No comments: