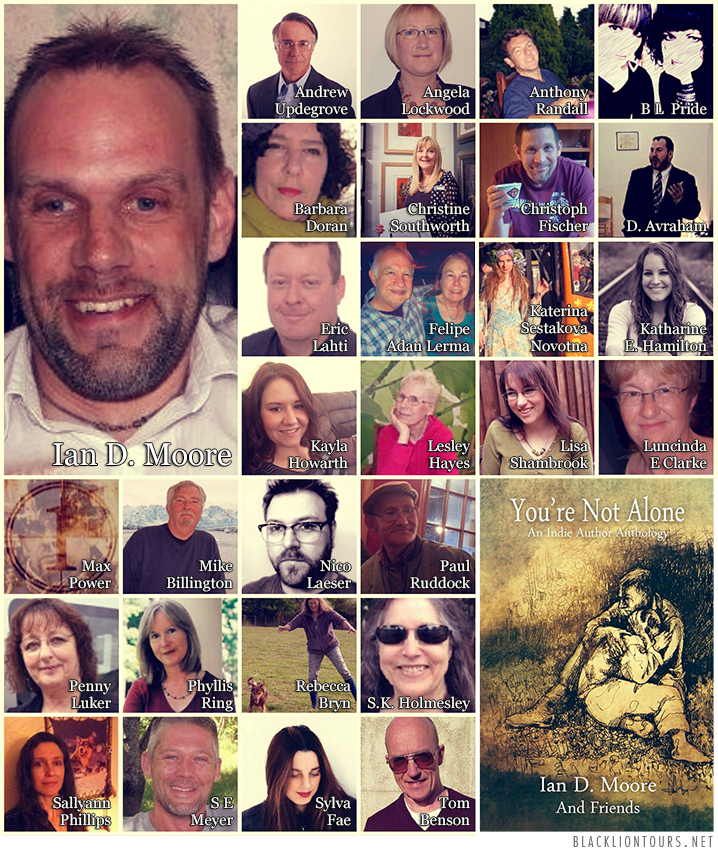 As the Anthology is coming out on Kindle Tomorrow I thought I celebrate by posting a review of one of it's contributors; Max Power. You can already order your paperback copy. Here is the link to Max Powers book and it's 5 star review:

Near the village of Cranby, you can find an imposing forest named Darkly Wood. Local stories retold from generation to generation speak of terrible things that have happened in this place, long before it was even known as Darkly Wood. The book starts with the story of Lord Terrence Darkly, who’s noble family the wood is named after and the tragic fate of his fiancee.
The book is a cleverly crafted patchwork of folkloric horror stories, a romance and a supernatural thriller. Weaving cameos of characters that were affected by Darkly wood, with the contemporary tale of Daisy and Benjamin and their budding teenage love story.
I must admit that I wasn’t immediately gripped by the start of the book, which just hinted at something evil in the woods, but then I was gripped by the story of Daisy, the young girl that moves to Cranby with her recently divorced mother. Soon she experiences a few spooky events and also finds a book in her new house named ‘Tales of Darkly Wood by J.S. Toner’. She also meets a boy named Benjamin who she feels very attracted to.
What is unusual about this book is the way it is narrated. We have three points of view from the writer, the initial scene setting that tells us about the wood and the village. Then the story of Daisy and Benjamin and their fateful entry into Darkly wood, which is interspersed with extracts from the Tales of Darkly Wood. Even though I found the interruptions to Daisy’s nail-biting story at times frustrating as I wanted to know what happened next, the individual tales are all strong. I think my favourite was the one about the man that fooled a whole village into thinking that he was a smoker. Max Power does know how to spin a good yarn.
I felt for the characters of Daisy and Benjamin; just as they are discovering their young love, they are put through the most testing of ordeals. Daisy grows from a normal impulsive teenager into a young woman that can muster up incredible courage. Her bravery comes from the love she is feeling for Benjamin.
I was in two minds at first about this book, but as I continued reading through the cracking second part and awesome finish, I made up mind and decided that Darkly Wood deserves 5 stars.

Posted by angela writes and reviews at 04:03