As I mentioned previously, Romance is not my favorite genre, but this book turned out to be more than that. It luckily was mostly devoid of the will they wont they, longing looks and yearning hearts. There was also a more gritty story line to keep me entertained. That I read this book in a few days says a lot, so I'm happy to give this a five star. I also like to mention that the cover of this book was designed by Paradox book covers, that recently revamped my Language in the blood covers:) 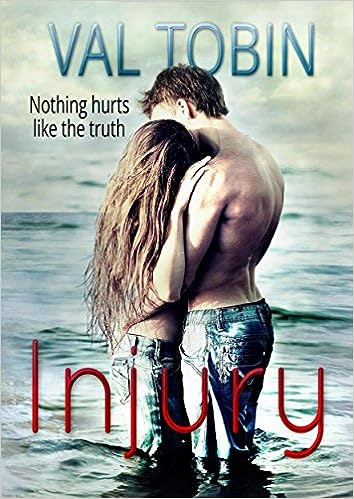 Injury by Val Tobin on Amazon


Daniella Grayson seems to have it all, a successful career in films, money and good looks. Her reason to seek the limelight been the abandonment by her father when she was five; somewhere out there he might be watching her and proud. I thought this was a very touching and realistic motivation for the character to be into acting. Then they find Daniella’s father’s body and her abusive mother is arrested for his murder. What I liked most about this book is the character of Daniella, she had to cope with a lot in her young life and being from an abusive home, she fell into an abusive relationship, which led her to drugs and alcohol addiction. She managed to walk away from that and turn her life around. She’s not a victim and able to steer her life onto the right path, despite her past conspiring against her. I would say this is a romance, but there is also a tense thriller story line within it. It’s well written and easy to read, it kept my attention from start to finish. The love scenes between her and Cope are quite hot and steamy, but not too explicit. I would recommend this if you like romance with a grittier edge. Very enjoyable read.

Posted by angela writes and reviews at 02:11