Tower of Tears (The McClusky Series Book 1) by Rhoda D'Ettore

I do like historic novels, and having lived as an immigrant of sorts for the last 25 years, I was keen to pick up this book. I can safely say I never had to endure the hardships Jane McCluskey suffers in this book:) This was a well written and entertaining, if very tragic account of an Irish immigrants in the 1820's and I give it 5 stars. 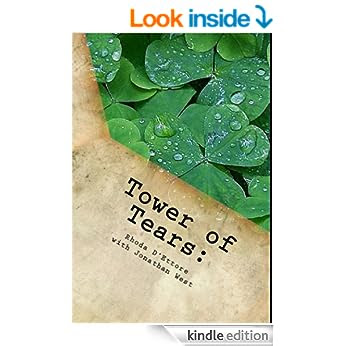 
This is a gripping and tragic story of a young Irish woman, Jane McCluskey, immigrating to America in the 1820’s. The author has clearly done her research and paints a vivid and harrowing picture of the journey to the Promised Land. Jane makes the trip with her infant son, while her husband stays behind to save up for his ticket. It’s a decision they soon both regret as life in America doesn’t turn out the way Jane hopes and her husband copes badly with being on his own. The book heartbreakingly illustrates the trap women found themselves in, caused by poverty, discrimination, the law and the church. In one line, Jane overhears some racist comments about the black community and wonders; if I barely make a living as a white woman, how hard must it be for them. Sometimes we need to read a book like this to appreciate our modern conditions and freedoms.
What I loved about the book was the host of strong female characters. Many tragic things befall Jane, but she finds strength in herself, her family and a female friend she met on the trip over. I liked that the writer immersed the book in period detail; from descriptions of the ships water desalination system to the use of 19th century language. The book is easy to read as the pace is good throughout and the chapters are short. I don’t want to give anything away about the plot, but I could have done with the book maybe being a little shorter. At one point towards the end, we switch from following the female character to two male characters. The story was still good, but I probably felt less engaged at that point, because the characters were male and the story was more upbeat. The book neatly wraps up all adult story lines, but one of the children starts wondering about what dark secrets her family might be keeping from her. This sets things up nicely for the second book in the series, which I hope will be coming out soon.


Posted by angela writes and reviews at 04:37