Its been a while since I read the first in the series; Dawn of Rebellion, but it was one I was keen to get back to. I didn't enjoy it as much as the first book as it was much darker and violent. As it was well written, quick paced and exciting I still gave it a 5 star. One of the better YA series out there for it's original vision of the future. 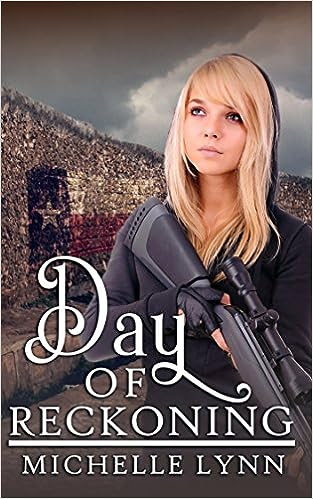 Day of Reckoning (Dawn of Rebellion Series Book 2) by Michelle Lynn on Amazon.com

I really enjoyed the first book in the series; Dawn of Rebellion, so I was keen to find out what happened to our two plucky sisters from the East end. I wasn’t disappointed. Dawn and Gabby now find themselves in Texas and the fate of their friends unclear. Texas seems on the face of it a clean and civilised state, but they soon discover that they are held prisoner by an oppressive and cruel regime. Even though the sisters have similar experiences they deal with them in different ways; Gabby becomes hardened and vengeful as Dawn still believes in the protection of the innocents. It tests the sister’s relationship to the limit. The book is much darker as it deals with themes like torture and murder, but it stays firmly in YA territory. The story is like the first book narrated in the first person and each chapter is told from a different character’s perspective. The pace is again quick and there is no shortage of action. I do like the way the girls speak, using typical London slang, but I missed some of the humour of the first book. The author provides us with many surprises and covers a lot of story in this book, but it is still not entirely clear who is fighting on the side of good. I’m looking forwards to the last instalment of the series to find out if the girls will find a safe and happy place to put their feet up. Judging by this book they still have a few trials to face in Eve of Tomorrow.


Posted by angela writes and reviews at 02:45

Email ThisBlogThis!Share to TwitterShare to FacebookShare to Pinterest
Labels: Dawn of Rebellion, Day of Reckoning, Michelle Lynn, YA