I'm not a huge fan of Science fiction as they can be a bit up themselves and techy, but this one was right up my street and I gave it 5 stars. 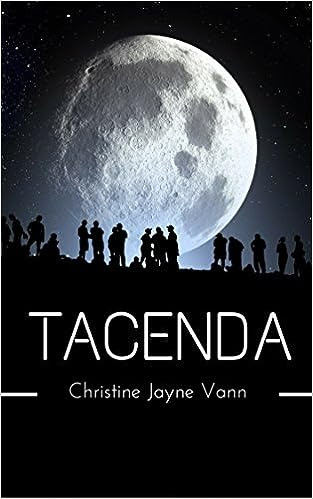 Tacenda by Christine Vann on Amazon.com


What a weird and wonderful world has Christine created in Tacenda. Colourful and alien but still a world full of characters we can relate to. To use the old cliché men are from mars and woman from Venus; I think this is illustrated here in the relationship between Kerris a human female and Arucken a nestling male. The two have been paired by the Nestling race and work as messengers, delivering goods and information intergalactic. The pairing is viewed sceptically and at times hostilely by both races. For Kerris and Arucken the bond works and the two are very closely connected telepathically. I found their relationship beautiful and it relates closely to the old cliche; you can love and trust someone completely, without fully knowing or understanding them. The story line will appeal to readers of most genres; there is enough intrigue and intergalactic politics to keep you hooked. Kerris is an interesting strong female character. She has gone her own way; committing her life to an alien race and exploring space. She struggles with the loss of her sister; murdered by space pirates, while hiding all of it from her parents. When the pair gets stranded with a group of colonists under attack, she shows she is an excellent diplomat with a lot of courage and tact. I do hope to read more of Kerris and Arucken and the ending of the book was left temptingly open. There is also a lot of humour to lighten the tone; some of it provided by Octavia the space ship, which has a mind of its own. I liked the comment about them getting Octavia to a refuelling station as running out of fuel was not only embarrassing but could lead to a fine. Why did we never see the Star ship Enterprise pull up to a petrol pump? I like a science fiction writer that keeps the tone realistic while creating a completely alien world; it helps the reader connect to the characters and in Tacenda Christine has succeeded admirably.
Posted by angela writes and reviews at 01:38