A clear sign that summer is approaching; the increase in transport strikes. Yesterday it was Lufthansa, today it is a national strike in France. Ports blocked, flights cancelled and hardly any trains and busses. I just thank my lucky stars that I live close to my work and can take my scooter past most things blocking the road. I don't think we will be very busy at job as I work at the airport in duty free. The approach of summer has also lead to some quality reading time on the beach. I flew through this book in a few days. It doesn't hold any big surprises but it is a well written fast paced crime thriller. I gave it five stars. 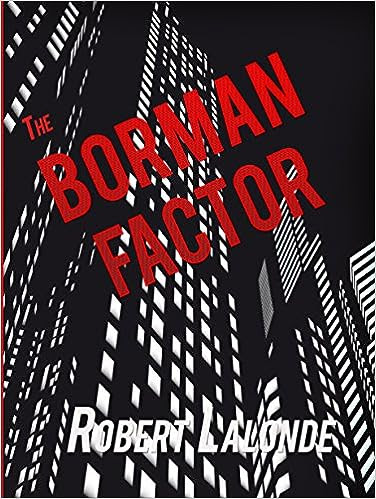 The Borman factor by Robert Lalonde on amazon.com


The Borman factor is set in Toronto Canada, not a city known for its high murder rate. When a journalist is murdered and the police fail to investigate and dismiss the crime as a robbery gone wrong, the journalist’s family call in the help of Nick Borman. Nick usually investigates industrial espionage, but as he knows the victim’s wife he takes the case. He begins to uncover a web of bribes and property deals that leads right to the top of local government.
I like the way the book is written in a series of short chapters. It builds tension and keeps the reader engaged. Robert Lalonde switches from first to third person sometimes in the same chapter. It is unusual but I didn’t mind it and I think it works in a crime novel. I would have liked to have found out a bit more about Nick Borman the person, but I think we might in the next book as this is the first in the series. I felt more empathy with Detective Novak who tries to investigate the case despite pressure from above to drop the case. He seems an interesting guy and I hope he will make an appearance in future books. This is a promising start to a series of crime thrillers. Well written and with scope to explore the main character and his intriguing assistant. There is a hint that his next case might take Nick Borman to Europe and the world of industrial espionage; a prospect that has already wet my appetite for book two.
Posted by angela writes and reviews at 01:22