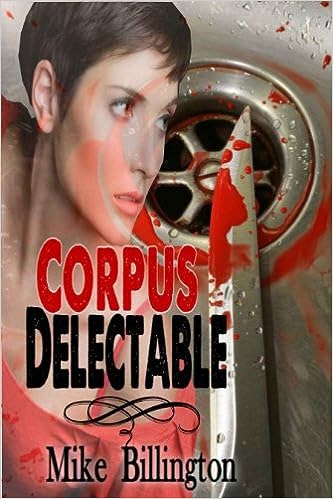 Corpus Delectable (Marcy Pantano Mysteries Book 1) by Mike Billington
They say a great actor is one that excels at drama as well as comedy. I believe the same is true for writers. Here we have a writer who is as comfortable writing an epic story set in biblical times (The Third Servant) as he is writing this sassy crime thriller. In Marcy Pantano he has created a woman after my own heart; sassy, intelligent, independent but not without her flaws. She has overcome a bad marriage and a nasty divorce that left her penniless, but Marcy picked herself up, started her own consultancy and now dates a hot young photographer. Her help is being sought by the public prosecutor when a mutual friend is being accused of murder. He is lying about his whereabouts to the authorities. Is he protecting someone even though the truth might clear him? The story is mainly character driven and there is an interesting sub-plot involving the ex-husband. The actual solving of the crime is a bit sudden, but this didn’t take away from the fun read this is; there is plenty of other things besides the murder going on. The best bit about this book is the depth to which the author explores his main character. We get to know this woman intimately; what makes her tick, what ticks her off and what gets her hot under her bib overalls. I would love to have Marcy along for a girl’s night out. This is the first of a series of books and I would certainly like to read what Ms. Pantano gets up to next. I would like to read more in general of this author, as I have no doubt that whatever genre he tackles next, he will do it well.I give this 5 stars.
Posted by angela writes and reviews at 08:14