I already reviewed the first two in this series and it is a pleasure to now do the third. This Australian YA writer is a cut above the rest and her books are fun to read. Even though the pace in this book is a bit slower, it still kept my attention and I'm happy to give the third in the series 5 stars too. 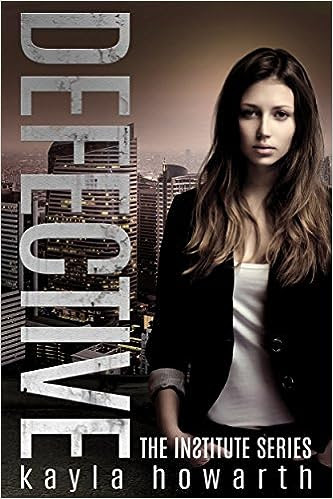 Defective (The Institute Series Book 3) by Kayla Howarth on Amazon


I hugely enjoyed book one and two in this series, so I eagerly awaited the third instalment; Defective. We find Allira two years on from the end of the second book. She is working with her aunt in a clinic, helping defective patients who increasingly find themselves the victims of hate crimes. Allira is wracked with guilt that overthrow of the institute didn’t lead to greater tolerance; instead it left defectives vulnerable to attacks. Two years later she is also still mourning the death of her boyfriend Chad. She has agreed to live with Paxton James and his daughter Nuka, once things became difficult at home; her grieving has pushed the once closest to her away. Paxton is running for president and Allira agrees to play his ‘girlfriend’ in order to help his campaign. Life for Allira is shaping up to be all about duty, until tall handsome psychology student Jayce walks into the clinic. The pace of this book is initially a bit slow as Allira struggles with duty versus what she really wants, but then things hot up as the past is catching up with her and she realises what she thought was the truth proves to be otherwise. There are a good few surprises towards the end of the book, and the final chapter sets it up nicely for a sequel. Judging by the ending, book four I imagine, will have a few comedy moments. I think Jayce is one of Kayla Howarth's best characters yet. He is comfortable leaving all the heroics and ass-kicking to Allira and sister Jenna, just providing moral support and a shapely shoulder to cry on. Who needs a hero when you are perfectly able to kick any ones butt? I’m happy she has found the brains to her brawn.
Posted by angela writes and reviews at 05:28

Email ThisBlogThis!Share to TwitterShare to FacebookShare to Pinterest
Labels: Defective, Kayla Howarth, YA