Next to designing beautiful book covers like the two for the Language in the Blood series, Patti Roberts is also a prolific writer of books. Needless to say that the covers for the series Paradox are stunning. I will be reviewing the first two books just now, but I've already bought book 3. The series is 4 books and I think I will need to read the whole series to get all the answers. (And after reading the first I have many questions, but it will be fun getting to the end) If you're a fan of fantasy you will enjoy this and I gave both books 5 stars. 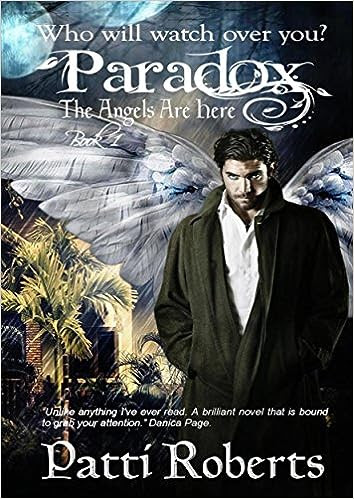 Paradox - The Angels Are Here (Paradox series Book 1) on Amazon.com
This book is the first in a series, but what a promising start. A war is raging in a parallel universe of Aquila, between two Houses of angels the Grigorians and Bulguardians. The Grigorians have taken the upper hand and the imperial city of Altair has fallen. This is bad news as the Grigorians are fallen angels that feed on the blood and souls of humans. The seven pinnacles, key to the survival of the human race have been taken to earth. The Paradox is that in our universe time passes much quicker. While the war still rumbles on in Aquila, on earth 900 years have passed and we’re now in Darwin Australia 2001, where we meet Grace an eight year old girl. Her life takes a rather tragic turn and later she is haunted by visions and the experiences of a girl named Julliete.
The story of Grace, who loses her father at a young age is very well told and heart breaking. We find out that she is special and angels have been sent to protect her. First one comes in her life as an imaginary friend, but later come into her life as normal people too; a police man or a class mate. I particularly like her neighbour and friend Angela as this angel has some trouble fitting in and is just too serious for her own good. This provides some comedy moments. The Grigorians are excellently portrayed as a depraved family that is cruel and blood thirsty with very few morals. The story is at times complex and I think I’ll need to read on to find out what is going on. But that’s not going to be a chore! There is no gratuitous sex or swearing, but some of the descriptions are gruesome, so not suitable for a very young adult. 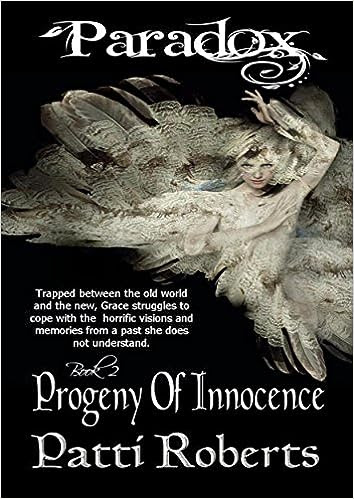 Paradoxically in book 2, only days have passed in Altair, but on earth, Grace is now a girl of sixteen. She is still non the wiser about her visions, but she takes them seriously and jots her dreams down. We find out that things at Graces school are rather precarious as the Grigorians have taken the cover of a group of goths at her school. Despite needing to stay hidden, their blood lust often gets the better of them.
Grace also discovers boys and is attracted to Damon, one of the Goths. One day in class she feels utterly compelled to kiss him. Angela has her doubts about him as he is one of the goths/Grigorians, but is he as evil as they are? Then a Pizza delivery boy Riley catches her eye and she has a spooky feeling she has known him before. I think book 3 will have a very interesting love triangle. I’m glad Angela still has a big role next to Grace; her cool head saves the day on a few occasions.
The story is at times complex as we learn a lot more about the world of Aquila and its inhabitants. There are many magical creatures and we just get just a look into this world. Also on earth we get introduced to a lot of new characters as we follow Grace and her school days. There are still many mysteries to be solved and loose ends to be tied up. The second book ends on a great cliff-hanger, so I ran straight to Amazon to buy part 3. There is no gratuitous sex or swearing, but some of the descriptions are gruesome, so not suitable for a very young adult.
Posted by angela writes and reviews at 02:26