Having read and enjoyed a number of Lesley’s short stories, I thought it was high time I read one of her novels and it didn’t disappoint. I gave this 5 stars. 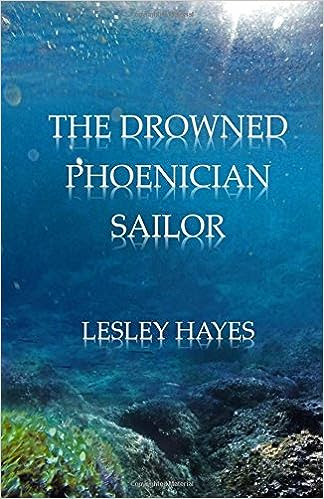 The Drowned Phoenician Sailor by Lesley Hayes on Amazon.com
I admire the way Ms Hayes construct a sentence and she has a lightness of touch that stops this work from sinking into melodrama or becoming heavy. Her lightness and sense of humour makes this book very readable and enjoyable despite dealing with serious issues such as loss, abandonment and emotional abuse. I know the writer is a psychotherapist and it show in how she approaches her characters. Her main protagonist Kaya/Fynn we get to know as she finds her own therapist dead when turns up for their regular session. Fynn still has a lot of issues to sort out and maybe this is why the therapist manifests itself as a ghost. I found it at times uncomfortable as we got such an insight into her life. (Like listening at the door of a therapist session in progress) At times the pace dropped a little, but I put that down to relating more to some characters than others. (I think Jack would be someone I would hide from in a pub, for the fear of him dragging me into a deep philosophical discussion.) Lesley Hayes has written a beautiful book that will appeal to most, as the number of emotions explored, are many and I think every reader will recognise themselves at some point.

In other news:
I'm pleased to announce that Blood Ties Language in the Blood book 2 is now also available on smashwords at $2.99 keeping it at the same price as Amazon.
Book 1 has been free now for a week and without any advertising, 150 copies were downloaded. I hope Amazon will follow suit, but for the time being please feel free to report it to them. (I'm also free on Itunes, Barnes and Nobles, Kobo and Fnac to name but a few.)
Posted by angela writes and reviews at 08:32